The Einstein-First Project teaches the fundamental concepts of modern physics to school students and works to improve STEM involvement in the classroom.

Einstein-First began by developing innovative methods for teaching school age children the concepts of Einsteinian physics – curved space, warped time, photons, black holes and quantum entanglement. The project led to an international research collaboration and a new partnership with education authorities and Western Australian primary and secondary schools, that is developing and implementing an Einsteinian science curriculum from Years 3 to 10.

Einstein-First is creating an evidence-based curriculum that takes students on a journey of modern discovery. Starting with foundations, the Einstein-First curriculum resolves the disconnect between science in schools and science of the modern world.

The project will enable the Australian curriculum to be modernised so that all Australian children can share our best understanding of physical reality and, through the international collaboration, bring the new curriculum to children across the world. 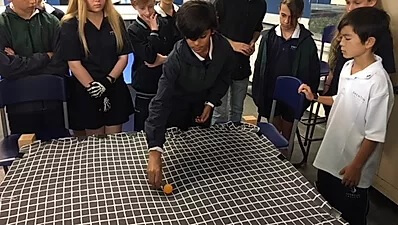 Students learning about the momentum of electromagnetic energy 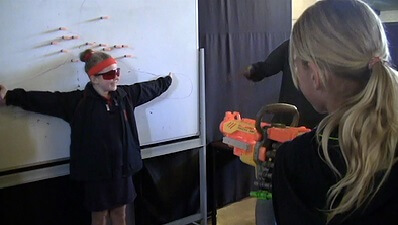 Students “photographing” each other
with a “photon” gun 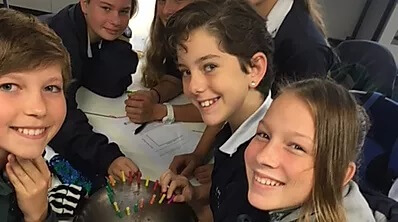 Students measuring and analysing the
measurements of curved space

What is Einstein-First trying to achieve?

The Einstein-First Project aims to redesign, evaluate and optimise school science across all educational levels to reflect the modern understanding of space, time, matter and the universe.

The Einstein-First Project is a program run by researchers from the University of Western Australia who work with the Gravity Discovery Centre, Ozgrav and the LIGO Scientific Collaboration. This project is a part of the Einsteinian Physics Education Research (EPER) team which involves researchers from Norway, China, South Korea, Italy, Germany, Britain and the United States.

The detection of gravitational waves in 2015 proved that Albert Einstein was correct, once again. The physics of our universe is Einsteinian – not Newtonian. Currently, school curricula does not include Einsteinian concepts and still contains restricted Newtonian physics. The Einstein-First Project aims to teach students the fundamental truths of modern physics and also improve student attitudes towards science.

Einstein-First in the classroom

There is an opportunity for primary and secondary teachers to learn how to implement Einsteinian Physics in the classroom through the University of Western Australia’s Micro-credential courses.

Applications for the Primary and Secondary courses are open now!

Information about our Partners’ Teaching Resources

AIGO and the GDC are located in Gingin – approximately 75km north of Perth, Western Australia

Gravitational waves, ripples of space and time, are produced from the interaction of masses

Get in touch with the team.